The first eight lines one did commend to me,

The rest I thought good to commend to thee:

Reader, in reading be thou rul’d by me,

With rhimes nor lines, but truths, affected be.

Sin still at first, just like a beggar, crave

One penny or one half-penny to have;

And if you grant its fruit suit, ‘twill aspire,

From pence to pounds, and so will still mount higher

To the whole soul: but if it makes its moan,

Then say, here is not for you, get you gone.

For if you give it entrance at the door,

It will come in, and may go out no more.

Sin, rather than ‘twill out of action be,

Will pray to stay, though but a while with thee;

One night, one hour, on moment, will it cry,

Embrace me in thy bosom, else I die;

Time to repent [saith it] I will allow,

And help, if to repent thou know’st not how.

But if you give it entrance at the door,

It will come in, and may go out no more.

If begging doth not do, sin promise will

Rewards to those that shall its lusts fulfill;

If at its beck and motion thou wilt be.

‘Twill seem heaven to out-bid, and all to gain

Thy love, and win thee it to entertain.

But give it not admittance at thy door,

Lest it comes in, and so goes out no more.

If begging and promising will not do,

‘Twill by its wiles attempt to flatter you.

I’m harmless, mean no ill, be not so shy

Vile ‘twill not, but a beauty seem to you.

But if you give it entrance at the door,

Its sting will in, and may come out no more.

Rather than fail, sin will itself divide,

Bid thee do this, and lay the rest aside.

Take little ones (‘twill say) throw great ones by,

(As if for little sins men should not die.)

Yea SIN with SIN a quarrel will maintain,

On purpose that thou by it might’st be slain.

Beware the cheat then, keep it out of door,

It would come in, and would go out no more.

Sin, if you will believe it, will accuse,

What is not hurtful and itself excuse:

‘Twill make a vice of virture, and ‘twill say

‘Twill make a law, where God has made man free,

And break those laws by which mend bounded be.

Look to thyself then, keep it out of door,

SIN is that beastly thing that will defile

Soul, body, name, and fame in little while;

‘Twill make him, who some time God’s image was,

Look like the devil, love, and plead his cause;

Wherefore beware, against it shut the door;

If not, it will defile thee more and more.

SIN, once possessed of the heart, will play

The tyrant, force its vassal to obey:

And offer open violence to those

The law and counsel of the Diety.

Beware then, keep this tyrant out of door,

Lest thou be his, and so thy own no more.

SIN harden can the heart against its God,

Make it abuse His grace, despise His rod,

‘Twill make one run upon the very pikes,

Judgments foreseen bring such to no dislikes

Of sinful hazards; no, they venture shall

For one base lust, their soul, and heav’n and all.

Take heed then, hold it, crush it at the door,

It comes to rob thee, and to make thee poor.

SIN is a prison, hath its bolts and chains,

Brings into bondage who it entertains;

Hangs shackles on them, bends them to its will,

Holds them, as Samson grinded at the mill,

‘Twill blind them, make them deaf; yea, ‘twill them gag,

And ride than as the devile rides his hag.

Wherefore look to it, keep it out of door,

If once its slave, thou may’st be free no more.

Though SIN at first its rage dissemble may,

‘Twill soon upon thee as a lion prey;

Its living death will gnaw thee day and night:

Thy pleasures now to paws and teeth it turns,

Wherefore bewar, and keep it out of door,

Lest it should on thee as a lion roar.

SIN will accuse, will stare thee in the face,

Will for its witnesses quote time and place

Where thou committedst it; and so appeal

To conscience, who thy facts will not conceal;

But on thee as a judge such sentence pass,

As will to thy sweet bits prove bitter sauce.

Wherefore beware, against it shut thy door,

Repent what’s past, believe and sin no more.

SIN is the worm of hell, the lasting fire,

Hell would soon lose it heat, could SIN expire;

Better sinless, in hell, than to be where

Heav’n is, and to be found a sinner there.

But SIN would make a very heav’n a hell.

Look to thyself then, to keep it out of door,

Lest it gets in, and never leaves thee more.

No match hast sin save God in all the world,

Men, angles it has from their stations hurl’d:

Holds then in chains, as captives, in despite

Release, help, freedom from it none can give,

But He by whom we also breathe and live.

Watch therefore, keep this giant out of door,

Lest if once in, thou get him out no more.

Fools make mock at SIN, will not believe,

It carries such a dagger in its sleeve;

How can it be (say they) that such a thing,

So full of sweet, should ever wear a sting:

They know not that it is the very SPELL

Of SIN, to make men laugh themselves to hell.

Look to thyself then, deal with SIN no more,

Lest He that saves, against thee shuts the door.

No let the God that is above,

That hath for sinners so much love;

These lines to help thee to improve,

That towards Him thy heart may move.

Help thee to fight with those internal:

Deliver thee from them infernal,

And bring thee save to life eternal. – AMEN. 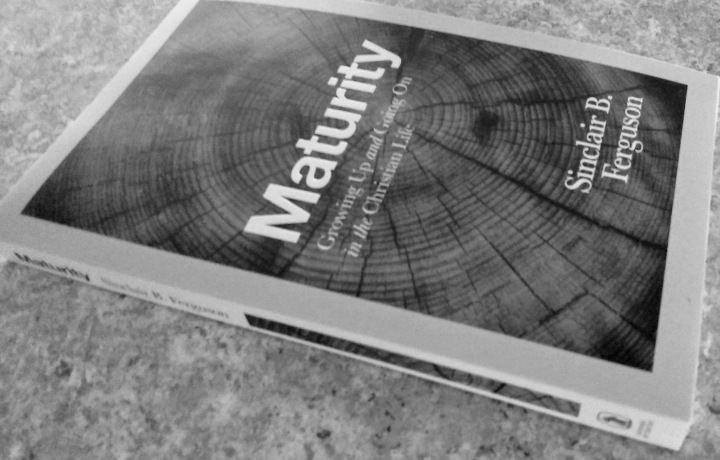 [i] Taken from the Appendix of “Maturity: Growing Up and Going On in the Christian Life”, by Sinclair B. Ferguson, pgs. 227-231